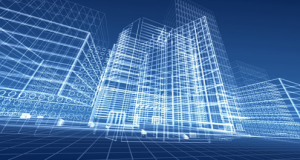 Raleigh is currently the best market for rental real estate investment in the Southeastern U.S. and the sixth best market in the country as a whole, according to a recent report from All Property Management.
The rental ranking report measures the attractiveness of investment in rental housing in 75 major rental markets across the U.S.  Factors to determine which U.S. metros will give investors the highest returns on rental investments include home vacancy, capitalization, home value appreciation, job growth rates, changes in rental prices and the median number of days properties have been on the market.
Raleigh’s claim to the top ranking is largely due to high 7.63 percent year-over-year appreciation in median rental prices, almost three times the national average rental appreciation of 2.71 percent, according to the report.
An influx of residents has led to Raleigh’s moderately low vacancy rate of 4.80 percent. A 5.78 percent appreciation in property values adds to its appeal, the report states.
The city’s job growth rate of 3.49 percent was also one of the best in the country in the first quarter of 2015.
All Property Management predicts that Raleigh’s future job growth will be the fifth best in the U.S. in the coming quarter.
Other rental markets currently offering high returns on rental housing include Austin, Texas; Denver; Louisville, Kentucky; Minneapolis; San Francisco; and Seattle.