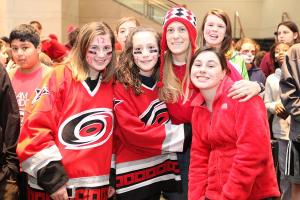 With the U.S. economy reviving, birth rates may be as well: the number of children born rose in 2013 by 4,700, the first annual increase since 2007. At the same time new household formation, after falling precipitously in the wake of the Great Recession, has begun to recover, up 100,000 this June from a year before.

This impacts the economy strongly in such areas as single-family home construction, the supply of labor and consumer demand.

For cities, being family friendly may become increasingly important as the large millennial generation starts entering their 30s, the primary years for raising children. In order to identify the parts of the country where new families are being formed most rapidly, we turned to demographer Wendell Cox. He crunched the data on the changes in the number of 5- to 14-year-olds since 2000 in the nation’s 52 largest metropolitan statistical areas.

We picked this age range because it encompasses when parents often move due to such issues as school quality, the cost of housing and long-term economic security. A toddler can do quite well in a small apartment, but when it’s time to go to school, or if the parents decide to have a second or a third child, many parents are forced to make what are often difficult and long-lasting choices about where to live.

Virtually all the metro areas where there has been the strongest growth in families from 2000 to 2013 are highly suburban, highly affordable and located in the South and Intermountain West. If they also have a strong economy, like top-ranked Raleigh, N.C., they are even more attractive. In concert with strong net in-migration, the number of children in the Raleigh metro area between the ages of 5 and 14 grew by 63,600 from 2000-13, or 55.7%. That’s roughly 10 times the national growth rate of 0.5% for this demographic.

Several of the high-ranked metro areas on our list are housing bubble hot spots that experienced rapid population growth in the first half of the last decade but then stalled out in the Recession.  No. 3 Las Vegas posted 35% growth among 5 to 14 year olds from 2000 to 2010. Since 2010 its child population has expanded at a modest 2.3% rate. A similar pattern can be observed in No. 5 Phoenix.

In most of the top 10 metro areas on our list kids in the age range we looked at account for over 14% of the total population, compared to a national average of 13%. The city with the largest share of kids is No. 12 Salt Lake City, where 16.2% of the residents are between the ages of 5 and 14.