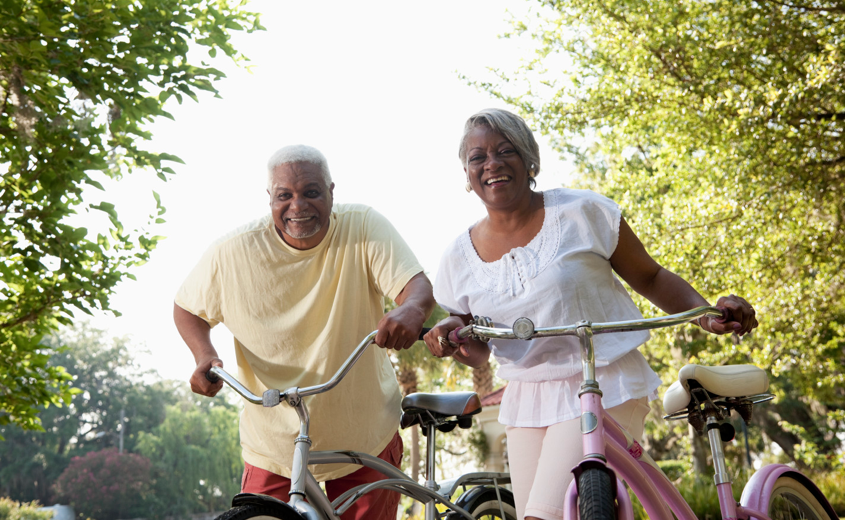 For years we have been warned about the looming, profound impacts that the aging of the U.S. population will have on the country. Well, the gray wave has arrived. Since 2000, the senior population has increased 29% compared to overall population growth of 12%. The percentage of Americans in the senior set has risen from 12.4% to 14.1%, and their share of the population is projected to climb to 19.3% by 2030. There are two principal causes for this: the baby boom generation is reaching 65 years old, while the U.S. fertility rate has fallen markedly in recent decades, despite immigration, and now hovers around the replacement rate.

To find the cities that are going gray the fastest, we looked at the change from 2000 through 2013 in the share of seniors in the populations of the nation’s largest metropolitan areas, the 52 metropolitan statistical areas that have more than a million residents. Some 13.2% of the residents of these 52 MSAs are seniors, a lower proportion than nationwide.

Before we look at where the biggest changes have occurred, let’s take a look at where the highest overall concentrations of seniors are: no big surprise, in Florida, and in the slow-growing Northeast and Midwest. Among the 52 biggest metropolitan areas, Tampa-St. Petersburg has the highest share of seniors in its population at 18.2%. The retirement mecca of Miami, where 16.7% of its population is over 65, ranks third in the nation, and Jacksonville is 18th, at 13.7%.

Outside of Florida almost all the retirement capitals are in the Northeast and Midwest. The second most senior region, for example, is Pittsburgh, where 18.0% of the population is over 65. The old Steel City is followed by a host of Rust Belt metro areas: Cleveland, Rochester, Providence, Hartford, St. Louis and Detroit, all of which have a senior set that makes up 14% or more of the overall population.

The metropolitan areas that have seen the biggest jumps in the senior proportion of their populations, have, for the most part, been the same ones that have drawn strong net domestic in-migration of millennials, families and working adults. The rise in the share of seniors in these cities isn’t because seniors are moving to them in overwhelming numbers — Census data shows they make major moves less than all other age groups. (In 2011-12, seniors moved to another state five times less frequently than those between the ages of 25-34, according to Current Population Survey figures.) Rather, many of those who have reached 65 since 2000 in the cities that top our list moved to them when they were younger, generally in search of economic opportunities or better lives, and have aged there.

However, when seniors do decide to move, they can have a disproportionate impact on metropolitan economies because of their relative affluence. Over-65 households have a net worth 2.5 times the national average, according to Census Bureau data. Seniors (over 62) were far less damaged in the housing bust than younger households, and their incomes increased more with the tepid economic recovery, according to St. Louis Federal Reserve studies.

Austin may have a reputation as a youthful place, but it’s also getting older rapidly. The senior population has surged 91.7% since 2000 to 172,476, amid a general population boom – the share of seniors in the metro area has expanded from 7.2% to 9.2%, placing it third on our list. The metro area may be unprepared for a mounting “silver tsunami” of impoverished elderly, according to the Austin American-Statesman.

Two of the cities that posted the biggest increases in the share of seniors in their populations also were among the largest overall domestic migration losers, San Jose, Calif., and Los Angeles. Since 2000, 1.7 million more U.S. residents moved away from the two metro areas than to them. Only Hurricane Katrina-ravaged New Orleans lost a larger share of its total population to domestic out-migration than San Jose, which ranks 4th in the increase of its senior population, going from 9.4% to 11.9%. Los Angeles, which trailed only New Orleans, San Jose and New York in the percentage of its population that it lost to domestic migration, went from 9.8% over-65 to 12.1%, the ninth biggest increase among the 52 largest metro areas. The combination of older households moving less and younger households leaving to take advantage of better job opportunities elsewhere may explain this.The balance of the top 10 all experienced net domestic migration gains since 2000. Meanwhile, the Rust Belt and Florida cities that already were among the oldest didn’t get much older. Tampa-St. Petersburg actually got younger, at least in part due to strong overall in-migration by younger people.

Are Seniors Headed To Big Cities?

One favorite meme of urban boosters is the assertion that seniors are heading to the inner city. The preponderance of evidence shows the opposite. Within the 52 largest metropolitan areas, the urban cores, measured at the small area level (zip codes) have lost seniors to the periphery. Between 2000 and 2010, the urban core senior population declined by 1.5 million, dropping from nearly 15% of the total population to 13%.The losses were pervasive, extending to all the 52 biggest MSAs except for San Diego (and there the urban core gain was miniscule, with 97% of the senior growth occurring in the suburbs and exurbs). In contrast, suburbs and exurbs together gained over 2.82 million seniors. But the largest increases were farthest from core, in the newer, outer suburbs and exurbs. Together these areas gained 2.4 million seniors. Rather than headed into the core, the prevailing trend has been quite the opposite. A similar pattern has been identified in Canada. A recent study of that country’s six largest cities found similar patterns, with older Canadians, if they move, tending to end up the suburban rings.

Over the next 15 years, cities are likely to age even faster. Those cities that attract the most among relatively few senior domestic migrants and which have seen their over-50 cohorts swelled by previous domestic migration should see the largest increases. At the same time, other cities with modest senior population gains could also age more quickly if more of the rest of the population moves away.