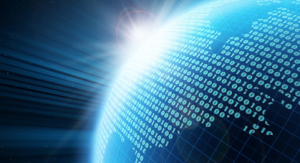 “The next Silicon Valley” may seem like the name of a reality television series.

In all seriousness, the competition to claim the title of America’s Next Big Tech Hub is just as fierce as anything you might see on The Bachelor. As many startups promote themselves as “the Uber of” or “the Airbnb of” their respective industries, many cities around the U.S. aim to align with the hotbed of tech and startup activity that defines Silicon Valley.

But Silicon Valley is experiencing a bit of an identity crisis. While it’s certainly still an attractive destination for any company seeking to insert the term “innovative” into its brand strategy, intense competition and the real estate boom present huge obstacles for tech companies seeking to set up shop or build from the ground up. In 2014, Coldwell Banker named Los Altos, California the most expensive real estate market in the U.S., with an average home price of nearly $2 million; rental costs for both businesses and individuals are also skyrocketing.

Below, we’ve outlined four more affordable regions in the U.S. that may prove competitors to the Valley’s longstanding title of America’s tech mecca.

Additionally, an exploding population of young people and an increasing VC presence — not to mention the fact that the city hosts one of the nation’s largest and most influential festivals centered around innovation, South by Southwest — firmly establishes Austin as an appealing city for startups and tech companies alike. The Austin Startup Report found that funding for Austin startups surpassed $993 million in 2014, a 123% increase from the previous year.

Notable companies like Indeed, HomeAway and Gowalla all got their scrappy starts in Austin, and it seems as if a new Austin-based startup is making headlines on an almost daily basis. The city attracts influential tech talent from around the nation and the globe.
Why tech companies should set up shop: Austin has the perfect mix of big business acumen and a unique, funky vibe that’s attracting young professionals and tech talent to call the city home. With a reasonable cost of living and an unbeatable location for techies and entrepreneurs who want to be center stage at massive events like SXSW, Austin is sure to continue growing as one of the nation’s leading tech hubs: The city ranked first in the Kaufman Foundation’s Startup Activity Index for 2015.

The Triangle region is also producing startups and innovative products creating ripples in the science and tech worlds. Validic, for example, is a tech platform that provides data services and integrations for healthcare industry professionals. The company successfully received funding by Mark Cuban, and was acquired in August of last year before raising $5 million in funding. Its client list includes the likes of successful companies like MapMyFitness and Fitbit.

Organizations like American Underground, a coworking and startup space that’s one of nine tech hubs part of the Google for Entrepreneurs network, is a microcosm that’s emblematic of the recent push for entrepreneurship and startup incubation in the Triangle.

Why tech companies should set up shop: The Research Triangle is attracting some of the top tech talent in the nation, and with a significantly lower cost of living than other tech-centric cities such as NYC or San Francisco, the Raleigh-Durham-Chapel Hill areas are increasingly appealing to young professionals. RTP also boasts one of the most educated communities in the nation, with nearly one in five residents holding a graduate degree.

3. South Florida
In 2015, Kauffman Index ranked Miami the number two city in the nation for startup activity. By 2016, Miami entrepreneur and Social Media Day South Florida founder and organizer Alex de Carvalho wants to bring the city to the number one spot. He’s pushing this effort through strategic partnerships with organizations such as EventCrowd, Spanish-language broadcasting company Univision and seed fund/accelerator 500 Startups.

The South Florida region, which consists of cities like Boca Raton, West Palm Beach and Fort Lauderdale in addition to the Magic City, is experiencing an especially noticeable boost in startup activity in the healthcare arena. A 2014 Wall Street Journal article deemed Miami a burgeoning tech hub, explaining that the city provides invaluable access to the Latin American demographic — an increasingly attractive market for businesses seeking to expand on a global scale.
The downtown area of Miami is also undergoing a major renovation to its skyline as the city attempts to become a hot spot for more than just its world-renowned nightlife: New skyscrapers that will house thousands of square feet of office space are in the works as part of the Brickell City Centre project.

Why tech companies should set up shop: Tropical weather and tax incentives aren’t the only appeals of South Florida for technology startups. Proximity to Latin America and a burgeoning tech scene make South Florida a prominent player on this list. (The palm trees don’t hurt the appeal, either.)

4. Colorado
The tech scene in Colorado is on fire, particularly for companies that specialize in natural foods, computer storage and biotech.

Fort Collins, Boulder and Denver all make appearances on many a list touting America’s most tech-focused cities. In fact, two of these cities were named in the top 10 most innovative tech hubs by financial website NerdWallet earlier this year. Denver also made the Kauffman Index list for 2015, coming in fifth place in the nation’s startup activity for cities; Colorado in general made the top five list of states with the highest density of startup activity in the U.S.

Why tech companies should set up shop: Tech startups may have an advantage in Colorado, which has a focus on environmental issues, sustainability and other recently legalized “green” products that have created a plethora of business opportunities for entrepreneurs racing to capitalize on the financial promise of the burgeoning industry.

While Silicon Valley’s title as America’s innovation hub likely won’t be usurped anytime soon, the above four regions are attractive options for companies and startups seeking a leg up in today’s uber competitive tech industry.